Kristen Mark Westwood-What I Heard, What I Saw – Album Launch 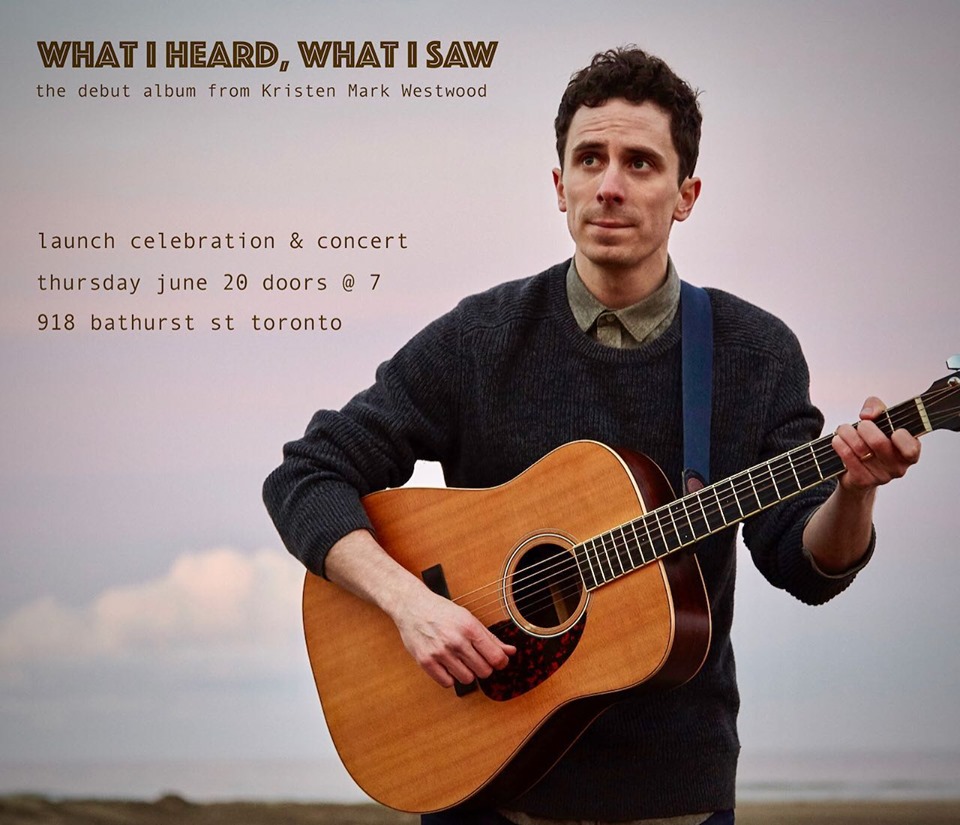 Kristen Mark Westwood’s first album, “What I Heard, What I Saw,” was born from almost a decade of wrestling with, and re-discovering, the stories from the Book of Mark. It’s a folk meditation on these core narratives of my faith, told through the eyes of the characters I find myself next to most often as I live with these accounts year after year.

He will be playing through the album from start to finish with a full band while sharing some of the context behind the songs. His chief recording collaborator, producer and guitarist extraordinaire Murray Pulver, will be joining as a featured guest all the way from Winnipeg. Complimentary refreshments will be served during the times to connect before and after the show. Please do come say ‘hi’ and mingle with other fantastic guests!

Copies of the album and standalone lyric books will be available as well.